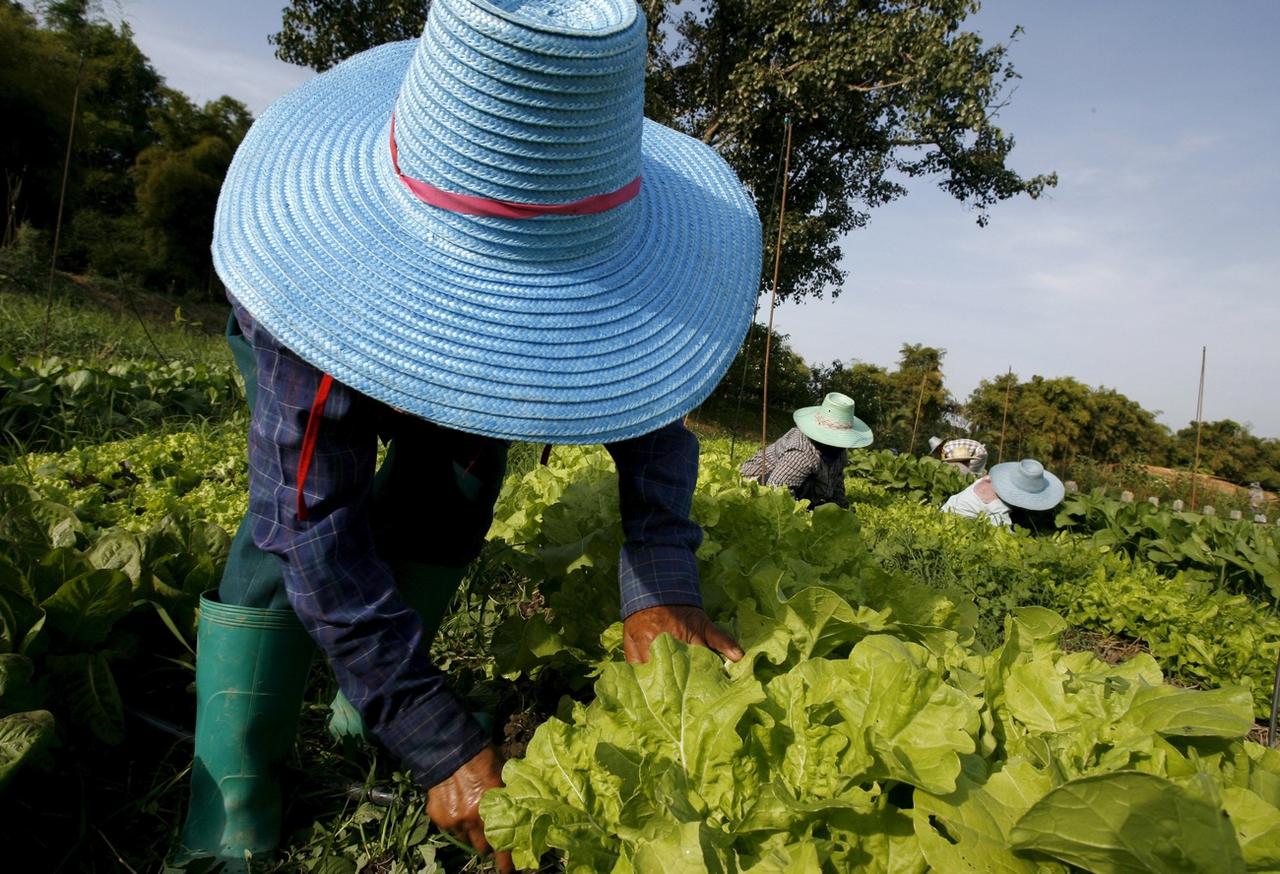 epa01203880 Farm workers weed organic lettuces in the Pluk Rak or ‘Grow Love’ Thai organic farm run by Anothai Kongwattana and husband Gaan Ritkhachorn, in Ratchaburi, a two hour drive from Bangkok, Thailand, 16 December 2007. The farm started when Anothai opened a vegetarian restaurant in Bangkok but could not find any organic vegetables on the market. The restaurant and farm are a lighthouse to those following according to German Technical Cooperation (GTZ) in Thailand. Although Thailand ranks as one of world’s leading food exporters and has aspirations to become ‘the kitchen of the world’, remarkably the kingdom ranks only 13th in Asia among organic food producers. With demand for organic foodstuffs in developing countries rising at 25 per cent per year, Thailand has been slow to jump on the organic gravy train, according to GTZ, which has started a programme to facilitate Thai organic exports to Europe. Thailand’s largest organic export in rice, under the Green Net and Great Harvest brand names, that account for a good 80 per cent of the land devoted to organic crops domestically. EPA/BARBARA WALTON