The Ministry of Food, Agriculture and Fisheries of Denmark 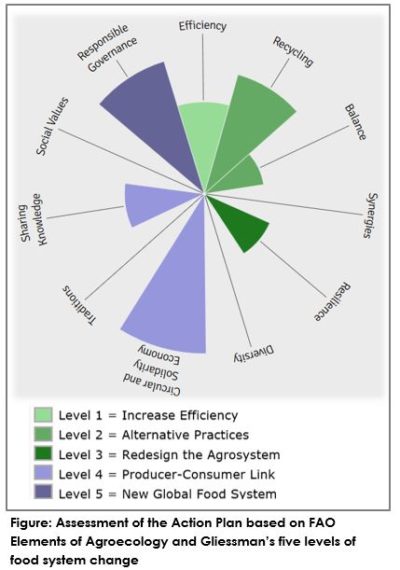 The overall goal of the Action Plan is to double the organically cultivated area by 2020, measured from the 2007 level. In order to achieve this ambitious goal, engaging the relevant stakeholders in Denmark was perceived as an essential factor. The government of Denmark wanted the public sector to lead the way and to accelerate the development. Therefore, one objective was to transition from conventional to organic production on publicly owned land. The second objective was to continue efforts to support public sector kitchens to go organic. The vision is that more than 800’000 people could benefit from healthy, organic meals served every day in canteens, hospitals and nurseries. Since Denmark’s Organic Action Plan was adopted in 2011, the organically farmed area has grown by 57 per cent, and sales of organic products by shops has more than doubled. Within these years, sales of organic products to professional kitchens in Denmark have increased by approximately 170 per cent, and 30 municipalities are currently in the process of making their kitchens go organic.

Denmark was the first country to develop and implement rules for organic farming, a national logo, and inspection system. In addition, Denmark has – at 13 percent- the highest organic market share in supermarkets. The Danish organic association, Organic Denmark, has supported governments, organizations, and food retailers in over 30 countries with the development of organic food policy and market development.

Policies that have been developed to support organic farming have played a key role in realising the significant organic results achieved in Denmark.

This development did not come out of the blue and over night. It is the result of cooperation between farsighted farmers, organisations and politicians that has turned Denmark into the world’s leading country for organics.